Fear of the Dark

The Night Doctors in Folk Belief and Historical Reality 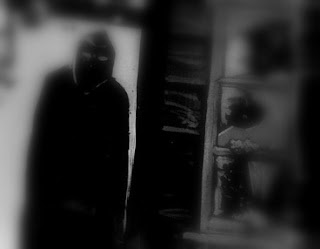 For generations, an ominous warning had been used to instill fear and obedience in African-American communities: “The Night Doctors will get you.” It was a means of social control that combined elements of folklore and historical experience; a scare tactic used at various times by slave masters, white vigilantes and overly-protective parents alike. The night doctors were terrifying figures, the boogeymen of their day, and the stories surrounding them are rooted in a uniquely American folk tradition – a tradition shaped by the legacy of racial violence and subjugation from the not-so-distant past.

There are a number of regional variations to the night-doctor belief. The standard version begins with an unsuspecting individual traveling alone after dark. From out of the shadows a group of ghastly figures emerge, their faces concealed by crudely-stitched masks. To the unsuspecting victim they appear as ghosts, witches, devils or disfigured monsters. Some wear white lab coats. Consciousness is soon lost, the result of a hypodermic needle or chloroform-soaked rag. From here the true horror unfolds.

The victim is transported in a hearse-like wagon, drawn by horses fitted with rubber shoe-pads to muffle the sounds of their movement. They are taken to a dimly-lit basement laboratory where faceless observers gather around an operating table to witness unspeakable acts of human experimentation, dissection and blood harvesting. A prolonged and tortured death is the individual's ultimate fate, after which their mangled remains are either kept as macabre trophies or else disposed of as common medical waste. As far as scare stories go, it's downright terrifying. Particularly due to the very real history that surrounds it. 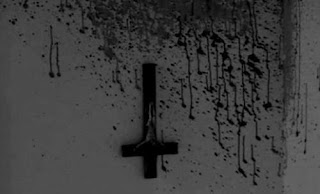 The new age may have dawned in the 1960s, but it would never fully shine. For many, spiritual awakening would lead to something of an existential crisis as the harsh realities of the following decade began to encroach on their lives. Some found refuge in communes, others turned to drugs or diet fads. And many would join the ranks of the New Religious Movement: a cluster of fringe Christian, Eastern mystic, neo-pagan and various self-help groups that claimed to offer a path to self-discovery and higher purpose. The spirit of religious revival was in the air, but not everyone was celebrating.

The inevitable backlash to these often strange (and sometimes dangerous) new religious sects led to the rise of the "counter-cult movement." Not surprisingly, Christian fundamentalists would play a leading role. The shock propaganda of these “counter-cultists” successfully tapped into the social anxieties of the day and found broad support among concerned parents. With more women joining the workforce and increasing numbers of teenagers left to their own devices, there was a new level of fear and uncertainty within the nuclear family unit. The threat of one’s children falling victim to some crazed cult seemed very real. Or so the public was led to believe.

From within this social context a cultural phenomenon known as ‘The Satanic Panic’ was born.1 Fueled by religious fanatics, quack psychiatrists and the tabloid media, it was claimed that a vast Satanic criminal network existed throughout the country. Organized devil-worshipers were responsible for any number of heinous acts – including kidnapping, child abuse, animal mutilation, rape, torture, human sacrifice and cannibalism – all of which was taking place under our very noses.

Read more »
Posted by Mark Laskey at 2:13 PM No comments:

The Strange Case of Charles Walton 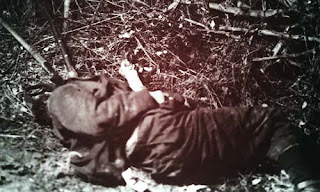 A brutal murder is reported in a quiet West Midlands village. Local authorities are unable to come up with a suspect or motive so Scotland Yard sends their best detective to help crack the case. It could be the plot line to any number of classic English murder mysteries. However, the investigation into this particular homicide would soon take an unexpectedly strange turn. Hushed rumors of witchcraft, spectral black dogs and ritual sacrifice would surround the case as it became entangled in the dark folklore and history of the region. Was this the work of a lone madman... or something far more sinister?

Read more »
Posted by Mark Laskey at 1:41 PM No comments:

Wretched of the Earth

Peasant Armies, Apocalyptic Prophecies and the Christian Atrocities of the First Crusade


“In the cities of these peoples that the Lord your God is giving you as an inheritance, you shall not leave alive anything that breathes.” – Deuteronomy, 20:16 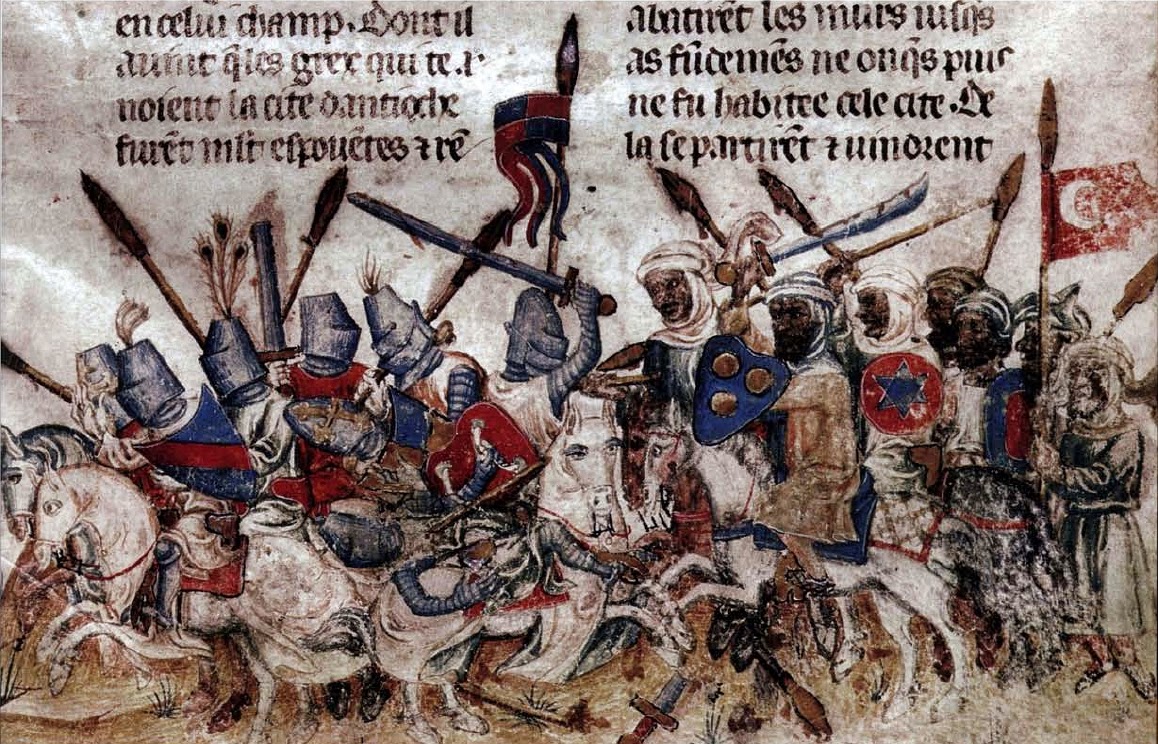 If the history of holy wars has taught us anything, it is that the most direct path to God is through rivers of blood. Despite the official line of pacifistic cheek-turning, violent conquest has been a fairly consistent feature of Latin Christendom since the time of Constantine. It’s a religious legacy shaped far more by the sword than the cross, and more accurately represented by barbarian warlords then the benevolent apostles of Christ. But the First Crusade, as blood-soaked in violence as it was, represented something different; something almost otherworldly in the carnage it unleashed.

Read more »
Posted by Mark Laskey at 2:05 PM No comments:

Suicide, Sacrilege and the Crossroads Burial 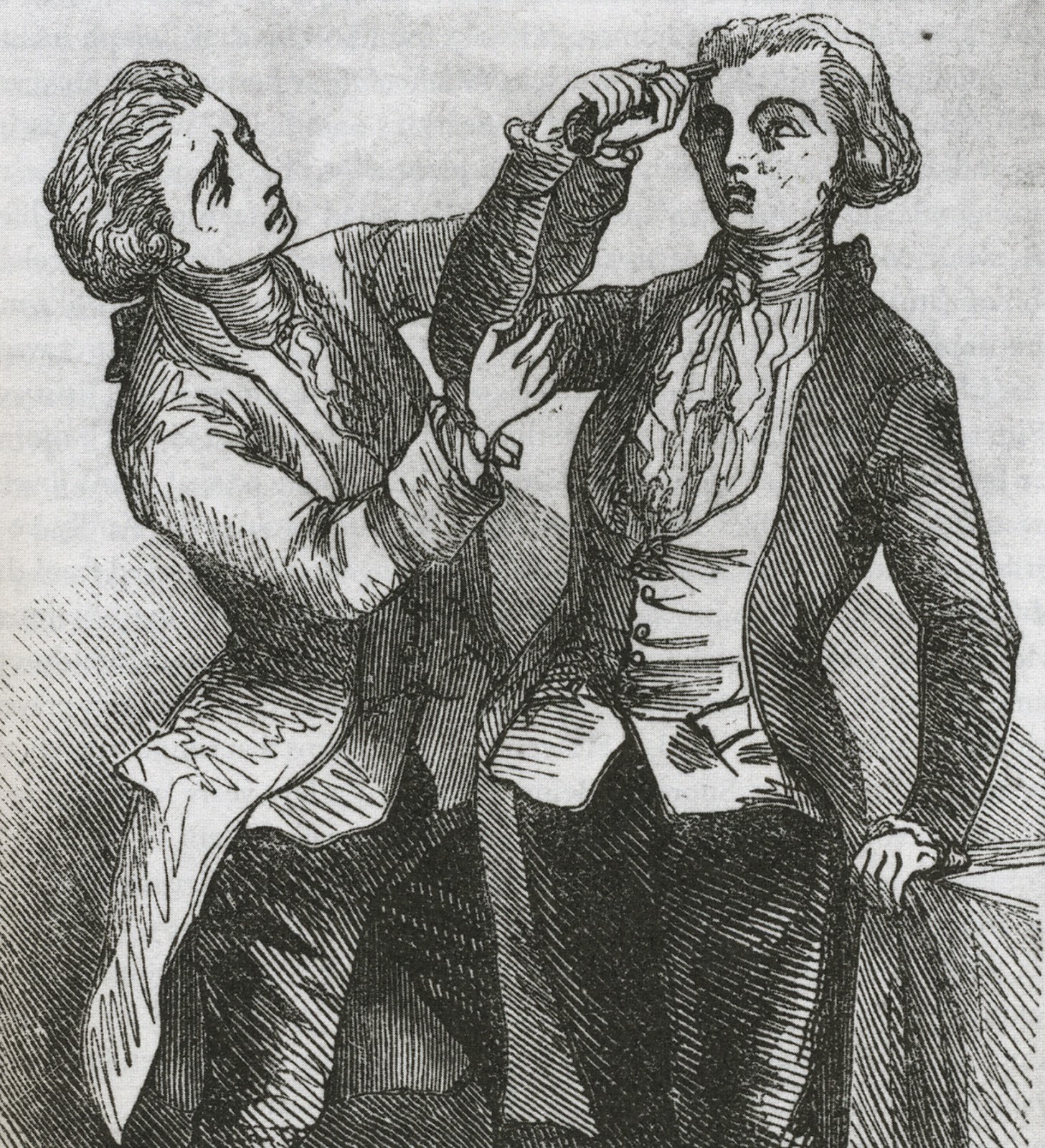 Although suicide has always been considered to be the most personal of acts, it has a complex social and cultural history in the Western world – one that has been shaped by three-thousand years of shifting moralities, public opinions, popular superstitions, religious beliefs, medical interpretations and philosophical debates.

In ancient Greek and Roman societies, “self-death” was generally treated with a sense of ambivalence. Philosophers pondered the subject with an open mind, balancing notions of morality and free will, and ultimately believing it better to depart in peace rather than live a life of misery. Elite soldiers were expected to follow a hero's code, where death by one's own hand was embraced over surrender and battlefield disgrace. Medical practitioners routinely assisted in mercy killings, providing poisons to patients who wished to end prolonged sickness or suffering. Even members of the nobility, when faced with criminal charges and public shame, considered suicide to be a dignified means for salvaging one's personal legacy from total disgrace.

This relatively tolerant attitude would change dramatically with the rise of Christianity. The early Christian sects themselves gave little value to life in this world. Following the example of their executed messiah, they celebrated the acts of martyrs who embraced death rather than renounce their faith. But as the religion became institutionalized by the fifth-century this outlook would change. Suicide was unequivocally declared a moral abomination, a sinful act of violence against God directed by the Devil himself, “which shall not be forgiven... neither in this world, neither in the world to come.”1

Read more »
Posted by Mark Laskey at 8:40 PM No comments:


“[How] strangely they have decreased by the Hand of God... and it hath generally been observed that where the English come to settle, a Divine Hand makes way for them.” – Daniel Denton, early American colonist 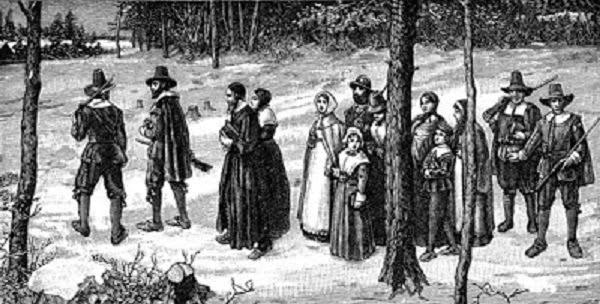 The popular Pilgrim myth involves a persecuted group of Christian reformers who fled England in order to worship freely in the New World. In a narrative that finds parallels with the Israelite exodus from Egypt, these chosen people were guided by the hand of God in a perilous journey across the Atlantic in search of what would later be described by Puritan leader John Winthrop as “a beacon of religious light, a model of spiritual promise, a city upon a hill."1 Through heroic struggle and an unshakable commitment to their faith, they were able to conquer the vast New England wilderness, tame the hostile natives and expand the glory and dominion of the Christian God in these new lands.2

In reality, the promised land wasn't exactly a Canaan that needed to be conquered. The area that would become Plymouth Colony was essentially a ghost town by the time that the Pilgrims stepped foot off the Mayflower. Deserted villages and untended fields dotted the landscape, with caches of crops, tools and other supplies hastily left behind... along with the skeletal remains of the former inhabitants. A few years prior, the entire coastal region had been ravaged by a mysterious disease that wiped out most of the native Wampanoag and neighboring Massachusetts, Pennacook, Nauset, Permaquid and Abenaki populations.

For the English settlers, this was all part of a divine plan. Providence had taken the form of a "miraculous pestilence" that had swept the land clean so a new Christian society could be established. Thomas Morton, an early colonial merchant, praised the epidemic that had recently depopulated the land, leaving it “much the more fit for the English Nation to inhabit in, and erect in it Temples to the glory of God.”3

No Gods, No Masters

Blasphemy, Desecration and Anticlerical Violence During the Spanish Civil War

"If God existed, only in one way could he serve human liberty – by ceasing to exist."  – Mikhail Bakunin, God and the State 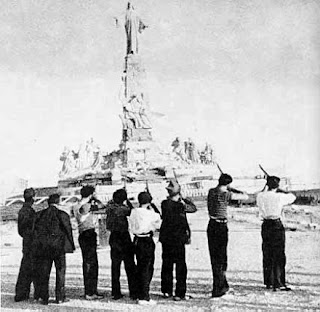 Claimed as “the greatest clerical bloodletting Europe has ever seen,”1 the early days of the Spanish Civil War saw nearly 7,000 members of the Catholic clergy systematically executed as hundreds of churches, convents and monasteries were burnt to the ground. Religious icons were profaned, the tombs of saints desecrated, and "public acts of unspeakable blasphemy” were performed to the approval of jubilant crowds.

While much of the outside world was shocked by the anti-religious “red terror” that swept over the country, in reality these iconoclastic acts were the culmination of nearly five hundred years of popular resent. The Catholic Church was seen by many as a fundamentally corrupt institution, which served the interests of the rich and powerful while keeping the poor in moral servitude. Militant anticlericalism became widespread,2 and with the revolutionary floodgates opened by civil war there was no holding back the popular fervor to “reclaim the soul of Spain" from this centuries-old theocratic grip.

The Infernal Hole and the Unsettled Dead 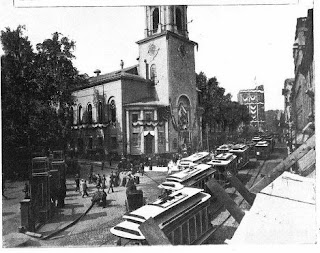 The Boston commute has always been a nightmare, but by the later 19th century it had reached its high mark. The city was experiencing a massive population surge that pushed it's transportation infrastructure to the very limits of sustainability. Hundreds of new immigrants were arriving daily and settling in the already over-populated inner neighborhoods. Tremont Street, the main thoroughfare, was a near-constant gridlock of foot traffic, horse carts and electric streetcars. The surrounding maze of narrow, winding streets became impassable. And the various steam-powered train lines that carried suburban commuters into the city each day created a tangled web of crosstown and inner city routes that added to the chaos.1

The breaking point would be The Great Blizzard of 1888, one of the most severe snowstorms to ever hit the United States.2 The massive storm wreaked havoc up and down the East Coast and completely paralyzed the city of Boston. Trains and street cars were immobilized by massive 50-foot snow drifts, telegraph lines went down, and hundreds of people were stranded for days without food, water or heat. Passengers trapped in the railroad cars burned the seats to stay warm. Others attempted to brave the freezing temperatures and 80mph wind gusts and tried walking home on foot but were quickly disoriented, or else stuck in the drifts. Some froze to death. In the aftermath of this catastrophe it became clear that the city needed to modernize its public transit.

The city responded by forming the Boston Transit Commission, which tasked a team of engineers to design an inter-connected transit system that would include both elevated rail lines and an underground subway network.3 The Tremont Street Subway line would be the first phase of this network, and include three stations – Park Street, Boylston and Public Garden (now Arlington Street). When the construction was finally completed, it would be celebrated as an engineering first in the United States.

But there is a dark side to this project that seldom gets mentioned in the history books.

View my complete profile
"One does not become enlightened by imagining figures of light, but by making the darkness conscious."
- Carl Jung